Meghan Keaney Anderson is a seasoned brand strategist with an impressive track record when it comes to scaling businesses. She is currently CMO at The Wanderlust Group, but previously helped Hubspot grow from 6,000 customers to 95,000 worldwide 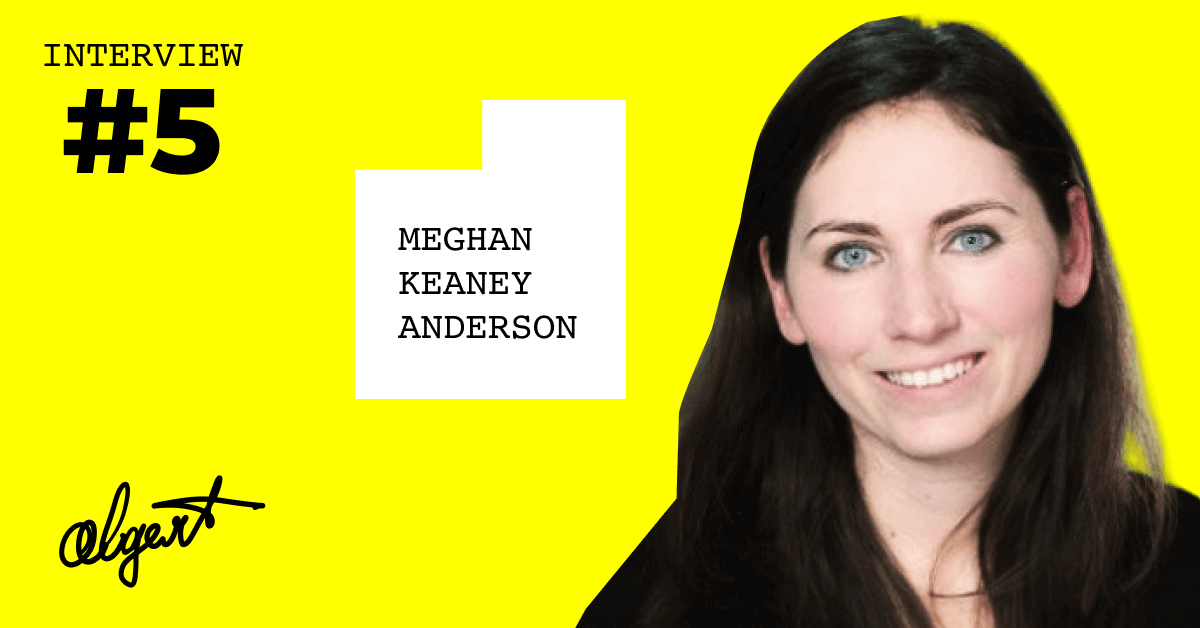 You have to know what you stand for, and by extension what you’re fighting against.  If you don’t know that as a brand, stop everything, and have a conversation.  Strong brand positioning comes from having a point of view.  That point of view can be positioned either the thing you stand for – think United Way’s “Live United” – or by what you’re fighting against – think Salesforce’s early “No software” positioning.  It can be overt in your taglines, like The Washington Post’s “Democracy Dies in Darkness” or more subtly present throughout like Shopify positioning as fight for the small business owner in the face of Amazon. Once you have that point of view, the rest of the brand positioning starts to fall into place.  Your tone, your design elements, your tagline — all of it springs from that singular question of what you stand for.  Without it, you have no differentiation.  It’s as foundational as asking, “Why are you here?” and every bit as essential.

#2 How important is creative when telling a story?​

There are very few net-new ideas in the world.  Most are derived from some long-held, long-discussed theme. I don’t say this to be critical. There is enormous opportunity in old ideas.  For example, as many readers may know, Inbound Marketing was an idea developed by HubSpot which asserted that marketing should earn consumer attention rather than buy it. It felt like a new idea at the time especially in the sprawl of pop-up ads and email spam, but it was reminiscent of the early emergence of public relations which also evangelized creating something newsworthy over running ads way back in the late 19th century.  You don’t have to have an entirely new idea to stand out. You have to have a strong point of view, well communicated.  This is where creative comes in.

Creative is what gets people to take a closer look. Creative is what causes people to feel like they are seeing something for the first time. And that feeling garners not only attention, it garners loyalty.  If your business is in a crowded field, invest in creative.

Creative is what gets people to take a closer look. Creative is what causes people to feel like they are seeing something for the first time. And that feeling garners not only attention, it garners loyalty.  If your business is in a crowded field, invest in creative.

#3 Current state of creative in B2B from your point of view?

Okay, so this is a good new bad news kind of answer. I see more B2B brands really expanding their horizons when it comes to creative and storytelling recently.  I was just in a documentary that Vidyard spent a year developing on the rapidly evolving role of video in our work and lives.  There are a couple of cyber security companies that have developed some really good podcasts: CyberReason’s Malicious Life is one that jumps to mind. So I see more B2B brands diversifying formats and doing storytelling well.  But at the same time, there’s so much impatience in B2B marketing, that for every genuine opportunity, format or channel there’s also this underhanded rush to deconstruct, templatize and exploit it. Think about all of the pseudo manifestos that have begun to pollute Linkedin or Twitter — people learning the emotional hook of an “unexpected” first line, and then, like a conveyor belt, releasing post after post in that style to leverage it.  I’m not throwing stones at anyone in particular here. On the contrary,  I think most companies have moments of greatness in their creative and moments of going for low-hanging fruit in a way that undermines quality and authenticity.  It’s a mixed bag.

#4 Advice for marketers and designers when working in a Hypergrowth compan​y?​

Brand and design Infrastructure never gets its due credit when you’re in a fast growing company.  But it’s the thing that makes sure what your building has the roots and stamina to last for decades, not just the season. I think people hear brand infrastructure and they think of it as this restrictive thing. When you’re moving fast, no one wants anything that resembles rules.  But people get that completely wrong.  Brand and design infrastructure actually make expansion easier and new creative work quicker.  The best brands can evolve rapidly without losing their roots or being unrecognizable.  Infrastructure is what enables you to do that.

#5 Favorite brand and why?

My favorite small brand is Semicolon Bookstore in Chicago for the simple fact that they nail that “what do you stand for” question.  They don’t have brilliantly crafted ad campaigns or even the most dynamic website, but wow does that company’s identity and point of view come through clearly and in a compelling way across every social post, every interview, and seemingly every interaction with the brand.

For bigger brands:  I think Canva is a stand-out when it comes to their freemium experience and how they make themselves an ally to inside design teams not an adversary. I think Shopify has done a really artful job of both being clear on who the conceptual enemy is (Amazon) without talking all that much about them. For consumer brands, ThirdLove stands out as a challenger brand that really landed on a resonant message and was one of the only “full page manifestos” in recent memory to truly earn it.

Bonus question: What could you eat for a whole week straight without getting tired?​

My go-to take-out dinner after a long day is paneer tika masala from Masala Square in Somerville, Mass.  It’s incredible.  But if we’re talking every day, I’d go to the other end of the flavorful spectrum and say a simple cheese sandwich.  Don’t ask me why, but I will never tire of it.